A coffee table book on ETFs?  I’m considering.  Until then, here are some of my favorite ETF charts so far in 2019.  Enjoy!

ETF in Pictures I

As always, we start with an updated ETF growth chart.  This one is courtesy of Bloomberg’s Eric Balchunas, who observes ETFs are on pace to hit $4 trillion by the end of June.  It took ETFs 18 years to hit $1 trillion, 4 years to reach $2 trillion, 2.5 years to get to $3 trillion, and – if it happens in June – less than 2 years to achieve $4 trillion! 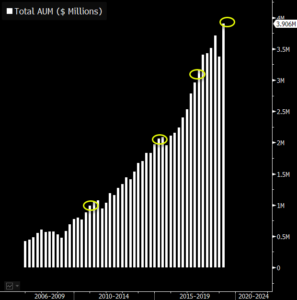 For all of their growth and hype, ETF assets still a fraction of mutual fund assets. 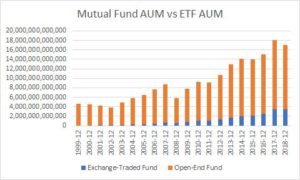 But a Deeper Look Tells the Real Story

While mutual funds dwarf ETFs, a long-running bull market has masked investors yanking billions of dollars out of active mutual funds.  The long-term trend is not mutual funds’ friend. 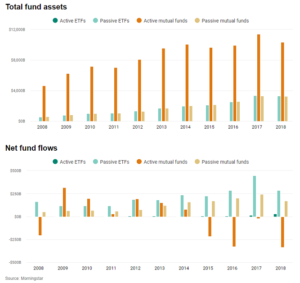 Another Way to Look at It

While active mutual funds have lost market share over the past 10 years as investors have flocked to index funds and ETFs, the overall market pie has grown. 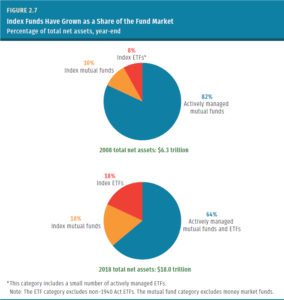 Which Means Active Mutual Funds are Still Raking in the Dough… 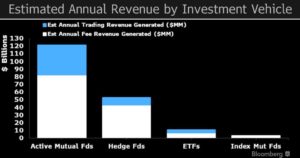 2018 was billed as the “year of the active manager”.  Whoops.  Over the long-term (think 10 or 15 years), 80%+ of active managers across all categories have underperformed their respective benchmarks. 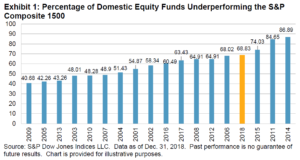 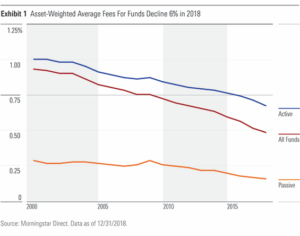 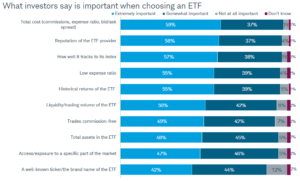 Investors Want the Cheapest of the Cheap ETFs… 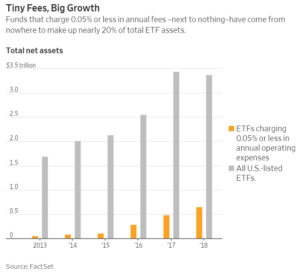 …Especially for the Core Building Blocks of a Portfolio

Nearly Three-Fourths of Total ETF Assets are in Products Charging 0.20% or Less… 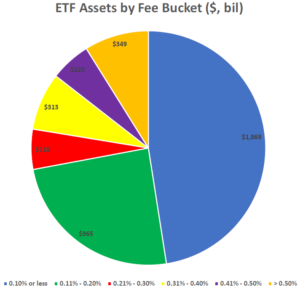 After a relative period of calm which led some ETF industry observers (including yours truly) to declare the fee war over, there was a frenzy of fee cuts during a two-week period earlier this year.  There are now ETFs with zero and even negative fees (after fee waivers)! 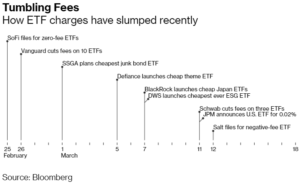 While the ETF fee war grabs headlines, most ETF fee cuts are only a basis point or two.  Why?  Because investors have already won the fee war. 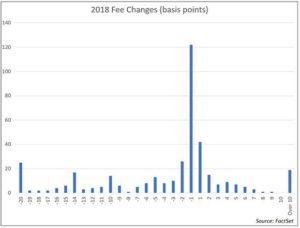 Where They Stand Now 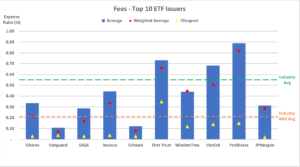 ETF Trading Commissions a Battleground Too

An ETF’s construction and underlying exposure is more important than fees.  Other factors such as an ETF’s liquidity should be considered as well.  2018 provided a good example of differences in bid-ask spreads among the most popular S&P 500 ETFs. 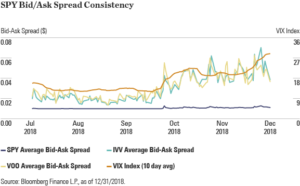 According to Barron’s, over the past 5 years, nearly 58% of equity mutual funds paid capital gains compared with less than 6% of equity ETFs.  In 2018, a DOWN year for most assets, 6.2% of all US-listed ETFs paid a capital gain, compared to more than 60% of US mutual funds!  Investors owe taxes on capital gains if these funds are held in a taxable account. 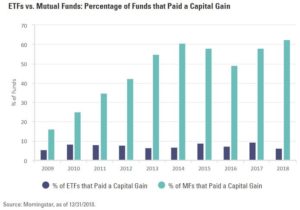 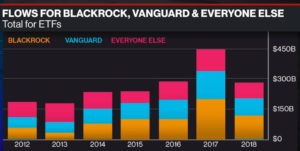 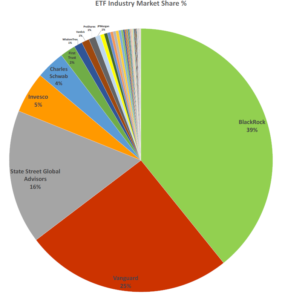 Bloomberg’s Eric Balchunas refers to the ETF industry as the Terrordome because of the brutal competition.  81% of ETFs launched in 2018 had less than $50 million in assets by the end of the year. 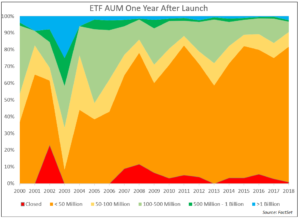 But Unicorns are Real…

Survival in the ETF Terrordome is tough, but not impossible.  Below are the fastest ETFs to hit $1 billion – a chart also known as “Missile Command” after the classic Atari game. 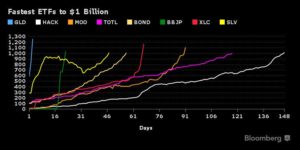 The Future of ETFs is Bright… 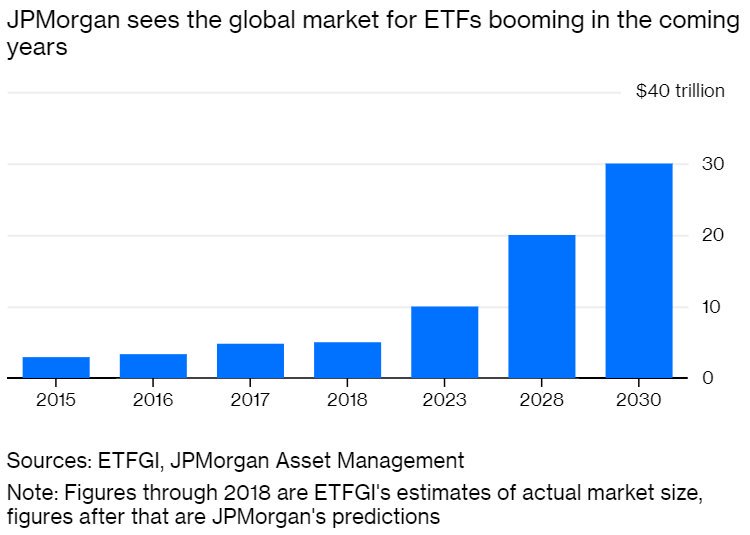 …With Millennials Leading the Way 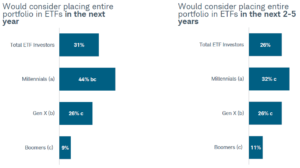 ETFs have democratized investing, but they haven’t democratized financial and ETF literacy.  Better ETF education will help drive even greater use of ETFs.