“It was very important that they stepped in and showed they had faith in the structure and the system, and it worked.”

“In what likely will prove to be prescient timing, PEJ sold its full AMC position along with some other top-10 positions.”

“In most cases, assuming all else equal, their lower fees and the prospect for greater tax efficiency make consuming these actively managed bond portfolios in an ETF wrapper more desirable.”

“If we are seeking to maximize our after-tax after-fee after-brain damage investing benefits, the ETF is often the winner.”

Jane Street & The Arbitrage Royal Family by Hide Not Slide

“Today ETFs are a massive, popular, multi-trillion dollar asset class with Jane Street as one of its largest market makers.”

“It is hard to imagine that consideration and approval of cryptocurrency ETFs is the best use of the commission’s limited time and resources.”

ETF Tweet of the Week:  A recent industry trend has been the involvement of “social influencers” either directly (i.e. managing money) or indirectly (i.e. marketing) with ETFs.  Earlier this year, Barstool’s Dave Portnoy placed his social influence behind the VanEck Vectors Social Sentiment ETF (BUZZ).  In July, Ross Gerber will look do to the same with the forthcoming AdvisorShares Gerber Kawasaki ETF (GK).

Finished the quiet period! My ETF is coming soon. July 2nd we go public. A first in the ETF world in many ways. More to come soon. #GK – #active #multithematic #participatory

ETF Chart of the Week:  The phenomenon of falling fund fees over the past two decades has been well-documented.  That doesn’t make the below visual any less staggering.  Billions of dollars have gone back into investors’ pockets as fees dropped. 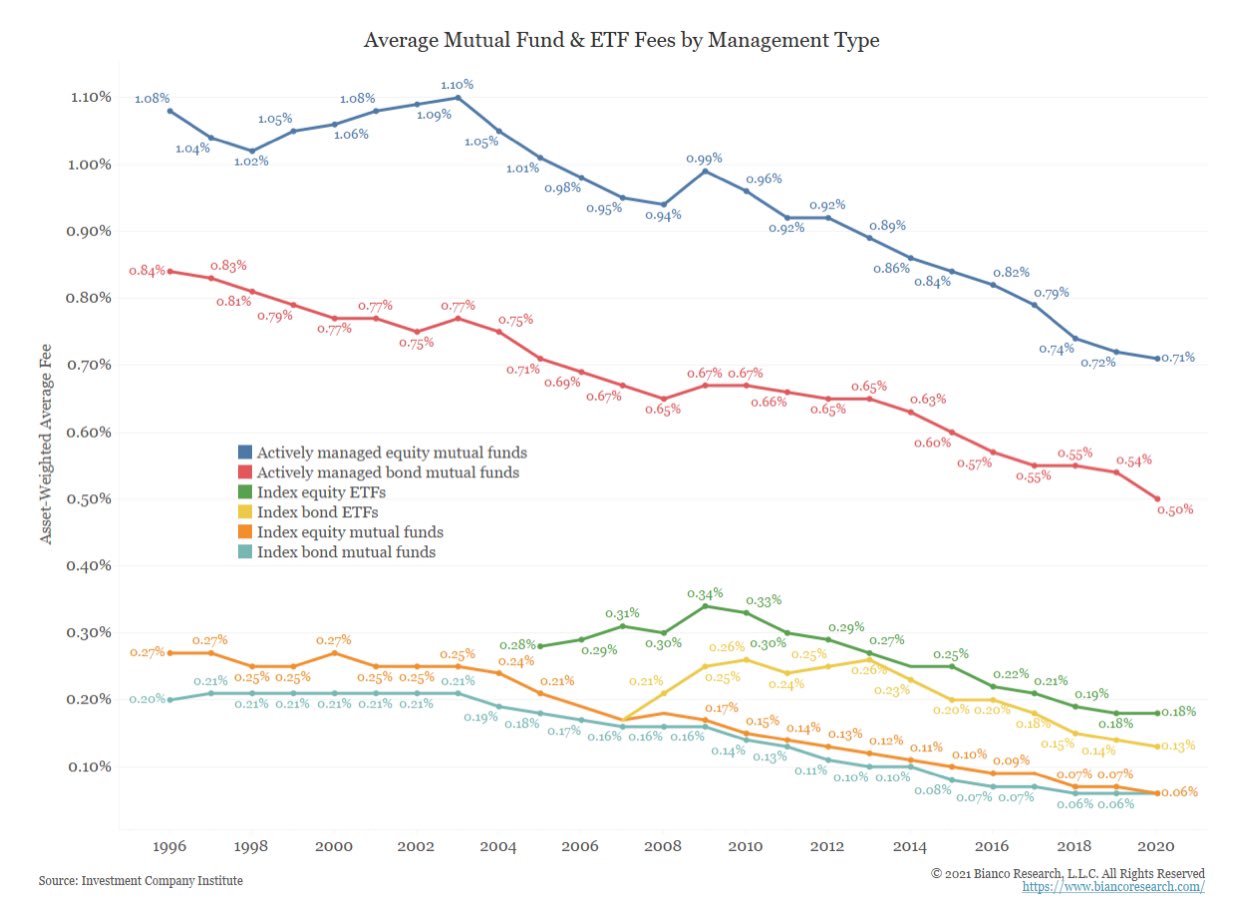