ETFs Up The Ante Again In 2021 by Heather Bell

“At the quarter’s close, we had a total of 332 launches, breaking 2020’s record-setting number in just nine months.”

“Institutional investors have increased their adoption of fixed income ETFs alongside the electronification and increased price transparency that is happening in fixed income markets.”

“Not only did fixed income ETFs operate exactly as designed during the extreme volatility of March 2020, but they added liquidity and helped avoid some of the price action the underlying market could have seen.”

“For ETF investors the most important takeaway is that when ‘push comes to shove’, the underlying securities will set the baseline liquidity of the ETF you are holding.”

“We just can’t see Gensler and the SEC going out of their way to state positive comments about a 1940-act Bitcoin futures ETF at the end of September and then denying all of them less than a month later.”

Gonna start a thread laying out a case as to why @EricBalchunas and I are putting odds at 75% for a Bitcoin Futures ETF coming to the U.S in October. Here’s where we view the odds of the ETF getting first approval 1/x pic.twitter.com/LRrzG9XLX1

ETF Chart of the Week:  Morningstar’s Ben Johnson offers a look at total assets, market share, and 2021 flows for the top 10 ETF issuers… 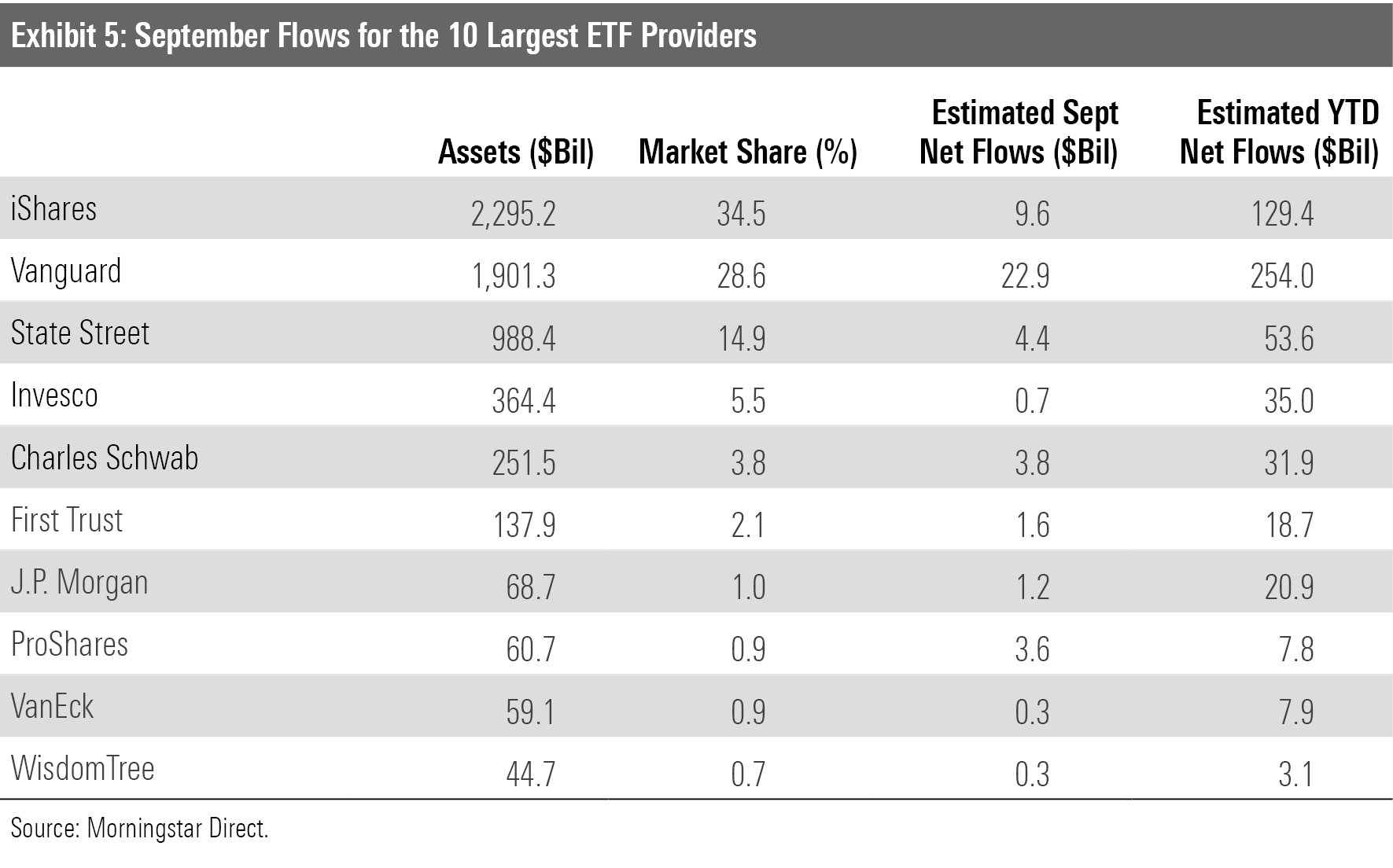