“Exchange-traded funds launched over the past few years to ride a wave of state-level cannabis decriminalization have been deep in the red for more than a year.”

“We like to say that the ETF vehicle ‘democratized investing’. It did. But another way of saying this is that ETFs made investing more honest.”

ARKK Draws in Capital After Weeks of Outflows by James Comtois

“They expected this fund to have nothing at this point. But this fund is going to be around for a long time.”

98% of the 503 bond ETFs now have negative returns YTD. Here's the lonely 10 that are in the green (and half of those btw are <1%). pic.twitter.com/yEACbpObq4 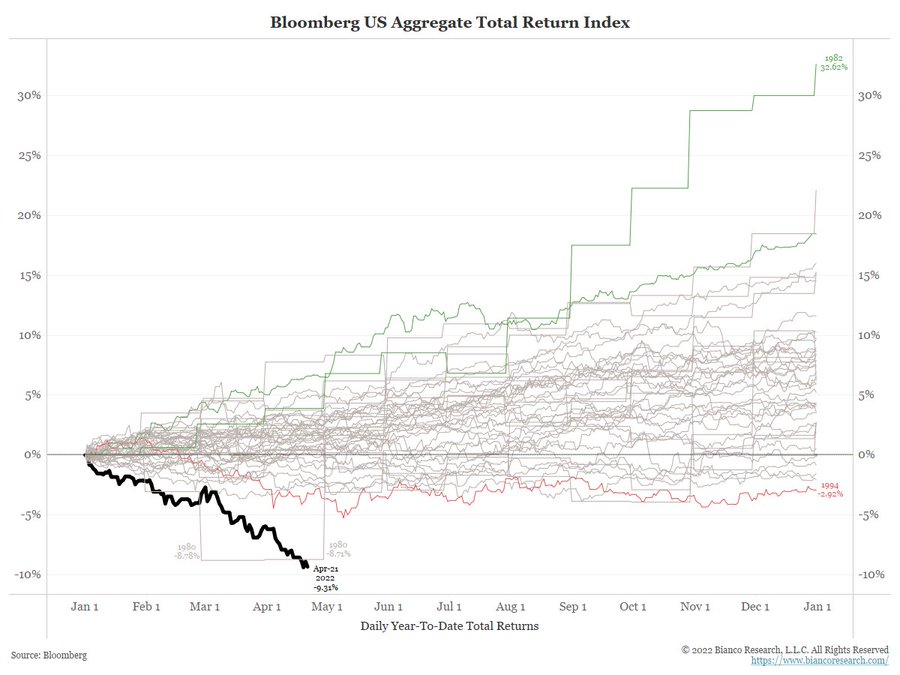